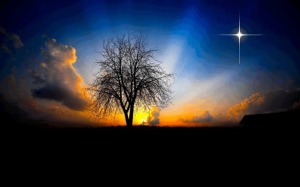 Jesus spoke to several different crowds. Sometimes he taught the masses, other times his disciples, and in yet others he addressed the Scribes and Pharisees. His words to the Pharisees were sometimes harsh, because they were hateful people who kept others in bondage for their own gain. But his words to his disciples, and the masses, were invariably encouraging, and instructive.

Some people criticize positive preachers, calling them shallow and accusing them of pandering to itching ears, when in reality, they’re merely preaching the way Jesus would in a similar setting. “You’re the light of the world,” he told the unwashed masses.

Can you believe it? The first time I saw that I had to read it over, just to be sure. But that’s what he’d said, along with “You’re the salt of the earth,” and other such positive assertions. He told them they were valuable, that God was their father, and that he loved them so much he’d sent his only Son to save them. Yes, Jesus was affirming to both his followers and the lost, because no matter their current condition, he loved, valued, and believed in them.

And he loves, values, and believes in you, too. Yes, your past may be checkered. You may have failed him many times. You may not be all that you’d like to be, but in Jesus’ eyes, you still glow with potential.

So forget about your past mistakes and sins. Put your shoulders back and stand up tall. Believe in the one who said, “You’re the light of the world” and shine like a city on a hill.

Posted by tropikbird on August 26, 2014 in Uncategorized